Here is my bio:

Richard Storm has been a die-hard EDM/EBM lover since around 1985. Before 1985, he was really into hard rock and all other styles of music such as rap and hip hop. He was also into New Wave music for the electronic sounds.

In 1992, he moved to Frankfurt, Germany and started learning how to DJ. He started DJing Techno and Trance in 1993. In 1999, he moved back to the states and was involved with DJing and with helping throwing Techno events in Arizona, Texas, Colorado, and Georgia.

He then got involved with Examplefm from England and started to deejay weekly live shows for their FM and internet radio show. He was later awarded Trance DJ of the Year for ExampleFM. He is currently in Houston, Texas. 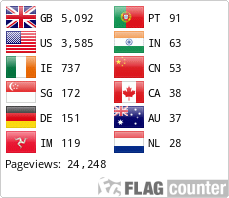